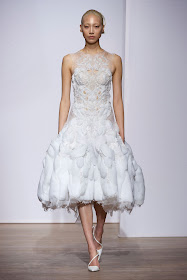 Hello everyone. Last week, I was glued in bed watching the 2013/2014 Paris haute couture fashion shows on Fashion TV when the Yiqing Yin show came on. This was my first ever encounter with this designer and I was in awe of her creations. The collection shown at the 2013/2014 autumn/winter Paris haute couture fashion week was both ethereal and whimsical. The attention to detail and intricacy of the garments were beyond phenomenal. The collection on the models, were walking enigmas which Yiqing had brought to life. It is without doubt one of my favorite collections from the 2013/2014 Paris haute couture fashion week. Whole garments were decorated and embellished with swarovski crystals. The presence of structure in some of the  pieces coupled with it's oriental inspiration helped bring to life Yiqing's ethereal dream. 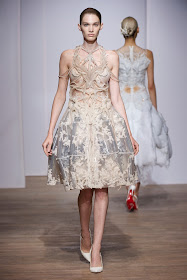 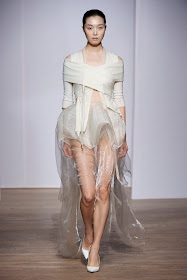 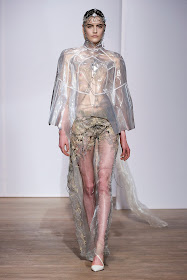 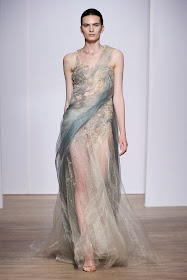 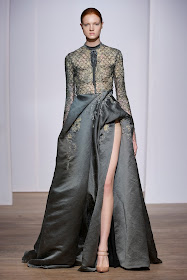 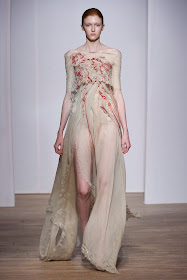 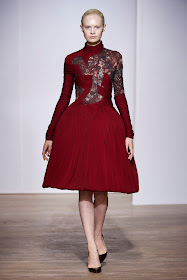 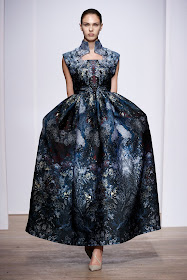 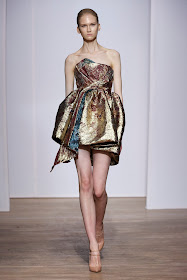 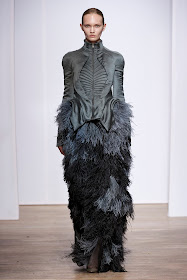 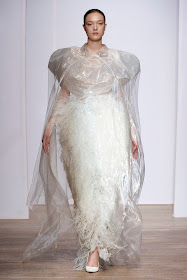 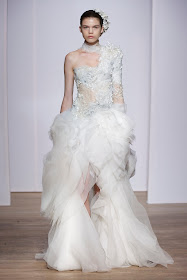 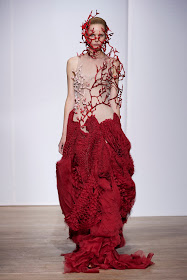 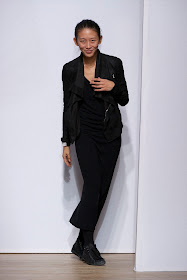